Eosh Consulting Caters a Contract-based Removal of Asbestos in Perth

You are here:
Uncategorized 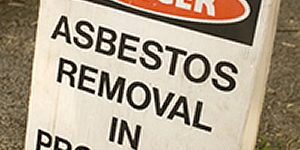 Eosh Consulting is an international asbestos removal company based in Perth, Australia. Residents and business owners can take advantage of having this certified company right in their home town.

Eosh Consulting is a licensed company that has the full capacity to undergo removal of asbestos in Perth. We have all the correct certificates that caters a contract-based removal of asbestos and they can offer you different kinds of services that is with respect to any type of asbestos related issue.

Removal of asbestos is a highly sensitive work and must only be handled by a trained professional. Competent supervisors and operatives that hold recent medical and training inspection. We provide clients with full documentations that pertains the procedure being done with regards to any removal of asbestos in Perth. Eosh Consulting have met the requirements of undergoing removal of asbestos projects, regardless the size, big or small scale anywhere within Perth, Australia. This asbestos project may be done through encapsulations, removal or decontamination work.

Standard Removal of Asbestos in Perth

Eosh Consulting upholds a legacy in transporting these hazardous asbestos that have been granted by the environmental agency in Australia. Any kind of waste from the asbestos will then be transported to the authorized dump sites which is in relation to the present legislation and relevant records that have been provided. Eosh Consulting’s removal services of asbestos in Perth offers different kinds of alternative fire proof services. Our operatives are trained to have the best quality standard that will provide you with fire proofing that will comply with the present safety ordinance. They also provide inspection and survey process that identifies and quantifies any asbestos containing materials in your area. Once the asbestos have been identified clearly, you will receive advice on what possible action you can do with an asbestos abatement job to make the task easier.

Eosh Consulting can do the best asbestos removal in Perth. We are experienced in removal of the asbestos from different homes and have diligently complied the job and completed it within days. Homes can be a small job but commercial structures are large ones, so the job may take longer. If you need to have your asbestos removed, we have many services to choose from, whether in walls, floor tiles, floors, ceiling tiles, drywalls, insulation, sidings, vinyl and roofs. Once the asbestos has been removed, you can use your home and businesses safely. If you have done remodeling or have done repairs within your home or business and you find that your asbestos must be removed as soon as possible, Eosh Consulting will help you with the asbestos removal in Perth. We have complied with the safety regulations for the removal of asbestos, giving you the assurance that you will have a clean safe environment when their removal of asbestos has been completed.